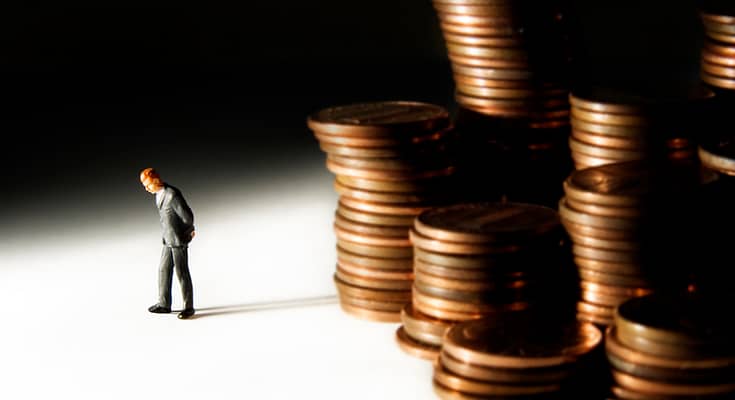 First semester is about to start for law schools in the southern hemisphere.  For many law students, their first day and the first class of law school is the end of a fantastic chapter of hard work. Data from the United States tells us that most students arriving at colleges are ‘non-traditional’ in the sense that they might be older, employed and with dependants.  Reforms to Australian tertiary education in the early 2000s have meant that Australian universities accept students from a much broader range of socio-economic backgrounds. But, law school is expensive.  It’s not uncommon for law students to ask why law books are so expensive.  We can make a difference in how we select our texts and avoid law students paying our ‘lazy tax’.

For Australian law studies engaged in legal education, the data is a little patchier.  The last, large-scale survey of new law students in Australia is now more than 20 years old – before the reforms in the 2000s.  Most still came from affluent families, were still living at home, and studied at non-government schools.  However, it also found that law schools had started to increase their enrolments from older, employed and lower socio-economic areas.

So, for non-traditional law students, entry to law school is the end of a chapter of hard work. But it’s the start of a new one with all the challenges, frustrations, and victories it might hold. As law teachers, we should not and cannot throw into law students’ way is another barrier that might just be the result of lazy teaching. Are your law students paying your ‘lazy tax’?

Everyone accepts that law textbooks are costly.  The cost of the latest editions of the required texts is between $100 and $200. Even the e-book versions, frustratingly and inexplicably, are the same price as the print versions.  Second-hand copies of textbooks are available. But law students are understandably looking to make at least a little of their money back again. 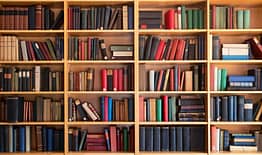 Libraries will have some copies, but not always enough – although one notable exception for which the University of Sydney should be congratulated is buying a large number of licences to the electronic copy of first-year texts.

For a full-time law student enrolled in four legal studies units in each semester in Australia, the total cost of their texts alone can be as high as $800 – more than the current minimum weekly, full-time wage.  With reading lists sometimes published less than a month before the semester starts, it’s also not an expense that can be planned too far in advance.

So, students who come from non-traditional backgrounds can be starting their law studies at a substantial disadvantage.  If nothing else, they might be starting the semester one, two or even three weeks behind in the reading with the knock-on effect to their first assessment. Moreover,  these students might be too embarrassed to tell a lecturer or even ask for help from friends.

Having the current information available to law students to support a law unit is essential.  But, in the course of preparing unit outlines, how many law teachers stop and ask themselves some simple questions about their reading list before they prescribe yet another weighty tome?

1.  Do law students need more than one text?

As an undergraduate in law, I remember being asked to buy two texts for some law units – and never opening one of them.  I could never figure out (and still can’t) why some law teachers insist on prescribing more than one text for the sake of a chapter or some additional commentary.

If a passage from another text is relevant, ask your library to produce a PDF or electronic copy of it.  If they don’t have it, it takes a few minutes to scan it and send it to them. My library’s collection has become increasingly eclectic as a result of my scanning!

2.  Can you turn several texts into one text?

If you need law students to have more than one text, some publishers have begun to offer to compile excerpts from different publications into a single book.  This only works for texts published by the same publisher.  But it can provide a massive discount to prescribing several weighty tomes.

3.  Do law students need the most recent version?

Clearly, there are some examples where the answer to this question is ‘yes’. For example, an earlier edition doesn’t reflect an essential change to legislation or the common law.  Even then, some publishers produce short inserts for the most recent version to avoid their texts being out-of-date.

However, it’s sometimes challenging to pick out changes in new editions of popular texts.  I recall being excited to open the most recent version of a famous law text. I ripped off the plastic, like the nerd I am, like it was Christmas. But the changes were mostly to the introduction.

Publishers send law teachers the most recent editions of texts for free.  Before you sentence a law student to spend a small fortune on a shiny new book, is it necessary?

The start of the semester tends to be a whoosh and a roar for law teachers.  Sometimes it’s easy simply to re-prescribe the text used last time around. It might have worked well, and it has a certain cachet because lawyers and judges often cite it.

However, publishers are producing brand new texts that are sometimes much better. Occasionally, venerable and well-used books begin to become a little monumental and possibly ornamental.  Some have become dense with layers of textual sediment that have been added over time.

New texts have the potential advantage to forge an original path through the overgrown meanderings of traditional books.  They also have the benefit of sometimes being much cheaper.

I have left this question to the end because it is potentially the most radical.

There is now a vast amount of authorised material on the internet or available electronically. Do you need a law text all?

I used to teach a unit on lawyers and professional responsibility.  I never found a text that suited the direction of the unit. So instead, I put together a reading list drawn from the relevant legislation and rules, commentaries by legal professional organisations, online case law databases and current legal professional publications.

Legislation, rules and case law are now freely available in up to date versions as well as date-in-time. It is sometimes disappointing to see the number of law students who rely on textbooks and never read the actual provision. Often, if they do, it is much easier to understand.  Databases like the Commonwealth’s Federal Register of Legislative Instruments now even make Explanatory Memoranda and related regulations available through the same Act ‘homepage’.

When cases first appeared on the internet, they were generally in media-neutral form.  The most recent decisions still, but some subscription databases like Westlaw AU make the ‘authorised’ versions (PDF versions of the pages from the reporters) available while some of the decisions now appearing on Jade have page numbers and paragraph numbers.

And including the most recent commentary means that your unit is up-to-the-minute on the issues it is addressing.  Law students are pretty relaxed about late additions to reading lists if it’s something published in the last 48 hours.  The purpose is apparent to them – especially if they’ve had the experience of using texts that haven’t changed for the last ten years.

So, before you bankrupt a law student, or prevent them from succeeding in your unit at all, ask yourself some questions. Are your law students paying your ‘lazy tax’?

One Comment on “Are law students paying our ‘lazy tax’?”