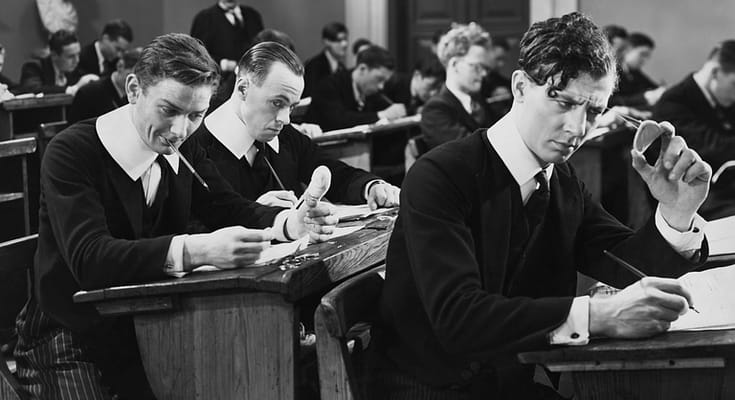 Academic misconduct happens. And it happens a lot, even in law school. It has been uncovered at some of the most prestigious educational institutions like Harvard and Yale.  In a 12-year study in the United States with 71,000 college students, more than two-thirds (that’s 48,000) admitted to some type of misconduct. One third admitted to cheating on tests. In Australia, it may be more prevalent than academic staff think.  In 2015, an ABC investigation discovered ‘contract cheating’ was common in Australian universities. So, how can we tackle academic misconduct at law school?

The answer to academic misconduct is usually more invigilated exams or banning electronic devices.  The problem is there isn’t much empirical evidence it works.  And exams go through so many hands before they reach the examination room that they need their own form of monitoring.  There are at least 11 steps in getting an exam to an examination room, according to Melbourne University and KPMG. At least four stages are ‘high risk’ that potentially need more protection.

In law school, there is usually a good helping of ‘academic misconduct prevents your admission to practice’. There’s plenty of evidence that says that’s true. Victoria’s admission guidelines, for example, make it clear it’s something applicants have to disclose.  Although the problem is usually that applicants don’t explain their misconduct clearly enough, rather than not disclosing at all.

Asking the question ‘Why do students cheat?’ doesn’t really make the problem any clearer.  There is potentially a multitude of reasons. It might be a combination of cognitive, sociocultural and local economic factors.  In Australia, research suggests it might just be a lack of awareness about what misconduct is and how to avoid it.

Even though it’s complicated, law teachers can’t just ignore it as ‘all too hard’.  Especially when we’re preparing law students for professional practice where honesty and integrity are core values.  Cheating on a task also does nothing to prepare a student to do something on which a court and client might rely.

It’s probably an impossible task to get rid of all cheating.  And discouraging or punishing cheating probably isn’t entirely effective in preventing it from happening.  But there are some positive steps that law teachers can take to encourage law students to not cheat.

The simplest step … don’t repeat yourself

Write new questions!  This might sound a bit dumb, but law students themselves are amazed at how often it happens.

Assigning the same assessment task year after year is inviting trouble.  Law students share and even sell their essays.  Getting hold of a good essay is not difficult.  Plagiarism software can catch some of it, but a smart student, talented ghost-writer or even a website can rewrite the same material to make it just different enough to avoid raising flags.

Exams are a little more challenging. A lot of law schools don’t publish answers to essay-style exam questions. But that raises its own problems. If the purpose of assessment is to give students an idea about how they are going academically, feedback is absolutely critical.  That has to include guidance on things that a law student did well and things they missed.  Alternatively, in a class of 200 law students, publishing a suggested answer alongside individual comments can also make a law teacher’s life a lot easier.  Assessment without feedback is pointless as a teaching mechanism.

In its simplest form, ‘authentic’ tasks mirror real-world tasks as closely as possible.  But it’s not just about the end product. It includes assessing the steps leading up to the end product as well.

There are lots of different examples of what authentic tasks might look like.  But, the variation in the task and its connection to real-world experience has two strengths in dealing with misconduct.

Things that look more like what law students might be doing in practice tend to engage them more.  That is, they see them less as tests they need to pass to move on and more like opportunities to learn something valuable.  This isn’t a new or untested idea. John Dewey was writing about learning in authentic environments in the 1930s.

The other strength is that because the real world is ‘messy’, and there are many different answers to the same problem, it’s challenging to get someone unconnected with the problem to write an answer.

While there are lots of different examples, there are common features:

Authentic tasks do take more time to design and possibly assess.  But how comparatively damaging is academic misconduct?

Law schools still need to set exams and essays for lots of different reasons.  But varying assessment, where possible, can discourage misconduct.

In 2019, a group of researchers drawn from different universities published the results of their research into academic misconduct. They asked students to identify where contract cheating was more or less likely.  But they didn’t ask students to rank particular types of assessment. Instead, they asked students to consider different features of assessments. For example, assessment that required specific skills, had specific time limits or were based on direct experiences (e.g. clinical programs).

They found that heavily weighted tasks with short turnaround times are the most likely to attract contract cheating. In-class tasks, like exams, are less likely to attract contract cheating. But that doesn’t mean that just the location affects student perceptions. It also needs to take into account things about the assessment, like the weighted mark and the skills required.

But it isn’t just assessment design that influences misconduct.  How much support law teachers offer to law students also plays a role.

The same researchers asked students about the teaching at their institution.  Students who had engaged in contract cheating were significantly less likely to agree with the following statements:

Taking the time to discuss expectations, check understanding, clarify assessment and give feedback might play a role in encouraging or discouraging misconduct.

Regrettably, some form of academic misconduct will always be a part of law school.  Especially when, for many students, the stakes are high. But the emerging research tells law teachers that tackling academic misconduct at law school isn’t just about wielding a big stick.  How we design, explain, assess, give feedback and personally reflect on tasks can play a role as well. 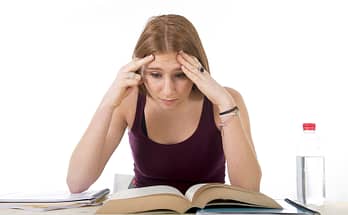