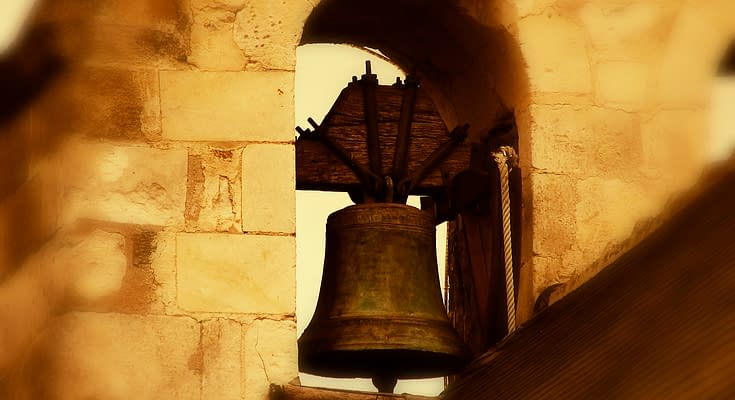 Bell curves, also known as mark standardisation, is common in law schools. Using a bell curve means that law schools force student results into a distribution curve based on assumptions about ‘average’ performance. But why use a bell curve? Is it still relevant given everything we know about performance?

What is a bell curve?

A bell curve is what mathematicians refer to as ‘a normal distribution’. The assumption is that for any sample, there will be an average (mean) result. The majority of results will be around the average or within a few points of the average. As we get further away from the average (both higher and lower), there is a smaller and smaller number of results. 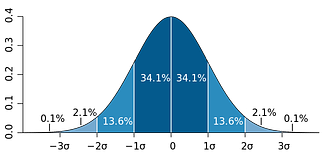 Why do mathematicians call it a bell curve?  If we plot the results on a graph, it looks a little like the outline of a bell.

How does a bell curve work?

If we apply the bell curve to a set of marks, the expectation is that most marks will be in or around whatever a marker expects the ‘average’ performance to be. In most law schools, that’s usually the 60%-70% range or a C or a Credit (depending on the law school).

But the process gets artificial. A law school might pick the ‘average’ around which the marks will be distributed. That means that rather than the distribution being ‘natural’, a marker will scale some students’ marks up or down to force them into the bell.

Why use a bell curve?

On its face, using a bell curve looks unfair and might increase competition among law students. But, in response to the 1997 survey, most law schools (surprisingly) said that they adopted it in the interests of ‘fairness and equity’ and to fix unequal grade distribution by markers.

But some claims to fairness might be a little disingenuous. One of the reasons colleges quietly give for the bell curve is that it stops ‘grade inflation’. This is the idea that markers are too generous and marks improve over time without students’ performance improving. The problem is that there is very little evidence to suggest that grade inflation is real.

What’s the problem using with a bell curve?

The biggest issue with the use of bell curves as a means of predicting performance (as distinct from the distribution of a random sample) is that it has been demonstrated to have very little predictive value.

In 2012, two researchers analysed five samples of more than 600,000 participants, including researchers, entertainers, politicians, and amateur and professional athletes. Across all industries, participants’ performance was generally consistent in terms of results, but not in a bell curve-way. Performance tended to follow what’s referred to as a ‘power curve’ or Pareto distribution.

You might know it as the 80/20 rule: 80% of outcomes are due to 20% of causes. Forbes interprets the distribution as indicating that as much of 80% of a business’s worth is due to 20% of ‘hyper performers’.

If we apply the distribution model to marks,  then it would still mean a small number of high performers. But it would also mean a higher proportion of higher marks, falling to smaller and small proportions of lower marks.

Should we use a Pareto distribution for grade standardisation?

Using a Pareto distribution for marks is more defensible. But, there are still problems with using any form of pre-determined model to distribute marks.

First, it’s still a predictive model. It assumes that performance will follow the pattern. But what if the class is full of higher performers? What if the teacher is brilliant and a much larger proportion of students excel? Some students will still be forced into lower mark brackets rather than being judged on merit.

Secondly, one of the issues with the bell curve that students consistently point out is that it encourages competition.  Any pre-determined model assumes that markers will rank students and award final marks based on pre-determined brackets according to their ranking rather than on merit. So, the compulsion is to outperform and outrank peers to make sure that you secure a place in the higher bracket. Unfortunately, that also promotes certain types of anti-social behaviour and potentially academic misconduct.

Lastly, markers award final outcomes on a pre-determined tool, not on merit. If law school is really a meritocracy, it’s wholly inconsistent with its underlying ethos.

So what do we do?