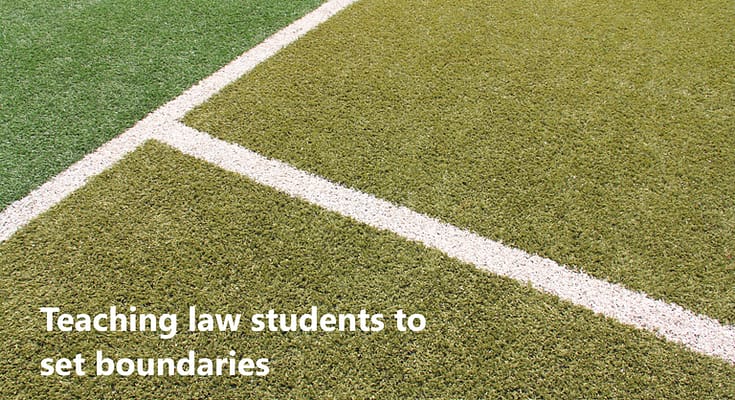 In its 5th Stellar Performance survey, Thomson Reuters reported that 49% of respondents thought they ‘should not set any boundaries when it comes to being available for contact’. Alarmingly, 88% of the 2,500 respondents were partners. Put another way, more than 1,000 partners across the globe think it’s fine for a client to contact them at any time. Even Thomson pointed out that it was likely to have serious effects on partners’ mental health. But what does it mean for law students and new lawyers? Should we be teaching law students to set boundaries?

Lack of control = Lack of wellbeing

We already know that a higher proportion of law students and lawyers struggle with mental health than the general population. Researchers working with law students, lawyers and other young professionals found three elements essential to maintaining wellbeing: autonomy, a sense of belonging, and the ability to control one’s work. A decline in one correlates to a decline in wellbeing and motivation. Losing one is also likely to affect the other two.

A partner who thinks it’s OK for a client to ring them at 2am is probably also going to think it’s OK to ring someone who works for them at 2.30am. Having no control over when your boss will contact you is likely to raise some doubts that you can control your work.  Young lawyers perceive they have no choice about answering that call.  And their experience in competing for what they perceive are limited jobs makes that even worse.

Leaving aside the direct effects on young lawyers, what about the indirect effects? Among the consequences of stress and declining wellbeing is irritability.  Sustained exposure to stress over time turns irritability into anger. So if a partner struggles with maintaining boundaries with clients, their well-being will also be affected. And if the boss is having a bad day, their team will be having a bad day as well.

Lack of wellbeing = Lack of employees (or worse)

There’s plenty of research going back to the 1950s that dissatisfied and stressed employees are not ‘stellar performers’. The obvious outcome is that dissatisfied employees simply leave. But those that don’t leave tend to become counterproductive. One study with unhappy workers found high rates of gossip, substance abuse and even sabotage.

In a profession that proclaims it wants the best and the brightest, failing to set boundaries might just motivate the best and brightest to leave.

The Thomson Reuters survey suggests that partners aren’t just unwilling to set boundaries, but some aren’t sure where to start. A quarter of partners in the survey felt ‘unable to discuss boundaries with any of their clients’. In effect, a large proportion of firms to which our students will go won’t or can’t manage their clients properly. And that concerns me.

If we are serious about setting law students up to manage the stresses of practice, and their employers might not help them do it, then is there a role for law school in teaching law students to set boundaries? 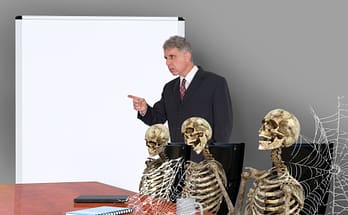