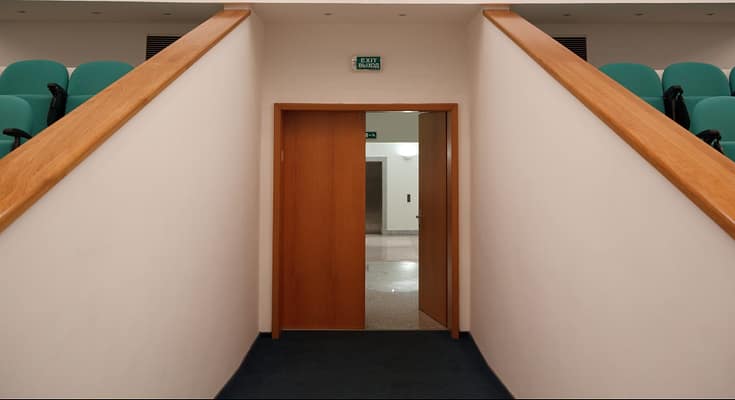 Last week, the Times Higher Education published an article on online teaching. At least two Australian universities (and presumably their law schools) – Curtin and Murdoch – will ‘scrap all lectures’ by mid-2022.   Two more – Monash and Victoria – are looking at reducing the number of lectures. Even though it’s only four of Australia’s almost 40 law schools – five if you include the University of New England that has offered online legal education for a while – the rumblings of change in Australia’s highly competitive legal education market raise some interesting questions. Will COVID end law school lectures? Is online learning better or worse for law students? And could it change the Australian legal education landscape more generally?

Whether the traditional face-to-face lecture actually contributes to student learning is arguable.  Researchers have argued for some time that there must be better ways of teaching than lectures.  As research methods have matured, there is an increasingly large body of evidence that traditional, one-way transmission type lectures are ineffective.

Lectures have hung on so long because even though they aren’t effective, they are efficient. It’s cheap to organise groups of 100-200 in a single large room with one lecturer. It’s more expensive to organise five to ten rooms with one instructor each. For Australian universities that have to find efficiencies from within, that makes sense.

It might also have something to do a perennial belief that learning happens by absorption.  As law teachers, our experience as law students embedded some that in us. Our experience of sitting in cold lecture halls meant that as well as teaching the law, law school was also teaching what was thought to be the ‘right’ way to teach it.

Even before law school moved to ’emergency remote teaching’ in the pandemic, researchers had already begun to find that replacing parts of courses with things like video-conferencing and videos might be more effective than lectures. Recorded content may improve student performance, reflected in their grades.

In an article on the Conversation, a group of Australian researchers suggested that there may be many reasons for the increase in student performance. Students can access the content at a time convenient to them. They can pause, rewind or fast forward the material to match their progress. There is some suggestion that it may simply be more ‘engaging’.

Some of those outcomes aren’t unique to videos. The common practice of recording lectures has similar benefits for when and how students access the information.  But that same research also raises some questions about which students actually access recorded material.

On the one hand, research has found that honours students in law use lecture recordings less than other students. What’s noteworthy about that is that the school invites honours students to participate in the honours program. That is, they were academically high achievers. Researchers working with students in an economics course found that students that used only recorded lectures performed comparatively worse than their peers. 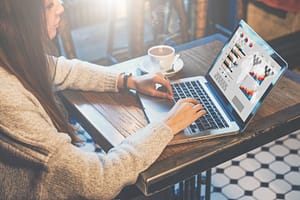 On the other hand, a more recent meta-review of research into the use of web-based learning (including recordings) has suggested that the link is much more complicated. Whether recording has an effect on performance could depend on all sorts of things. Students’ views on the usefulness of lectures, levels of interest and general academic ability can affect whether they even access recorded material.

And while online legal education might be good for some students, it might not be good for all of them.  While online courses can improve accessibility, Australian research has found that students from lower socio-economic and from Aboriginal and Torres Strait Islander communities face significant challenges in studying online.  For many students, the study that they hoped would provide more opportunities is the first thing dropped when their current job or domestic commitments demand more time.

For law schools, that’s particularly concerning. The profession and the judiciary continue to call for greater diversity among students accessing legal education. Could adopting a greater emphasis on online learning affect existing efforts to improve diversity?

Have you turned it off and on again?

Exams aren’t lectures, and the stakes are lower. But the rush to put more material online over the last 12 months revealed cracks in both technology and pedagogy.  Law teachers worked hard to get comfortable with new ways of delivering content. But it was challenging and didn’t always work, or work well.

Students were prepared to put up with some problems, acknowledging that it was emergency remote teaching.  But before the pandemic, research was already identifying problems with online pedagogy.  Universities and teachers were perceived to be less interested in online teaching. The result was that developing both the technology and the pedagogy were treated as low priorities.

If online teaching is the new norm, law schools will need to apply additional resources to gathering the right resources and teaching the teachers to move beyond the current stopgap approaches. Some universities’ current commentary glosses over that just a little, suggesting that the ‘new norm’ has already arrived.

Is it just about learning?: Changing the legal education landscape

Although couched in terms of learning, students’ ability to access online materials also presents a competitive advantage. Reforms to the Australian tertiary sector in the 1980s and 1990s reintroduced fees and changed university funding. The changes meant that potential law students are also potential ‘customers’.

But what the move online for some law schools might mean is that they can increase their attraction to potential law student/customers. For many law students, law school is about getting a job. And for some, that can’t come quick enough. Research with law teachers and deans in Australia and overseas suggests that law students are exerting more influence on the way the curriculum is designed. The desire for some is to get through law school faster, find a job, and pay off their loans.

A law school that can offer a flexible online degree, accessible from anywhere, and possibly with no limits on the number of courses students can enrol in at the same time, becomes a desirable prospect.

This might be looking too far ahead. None of the law schools mentioned is suggesting an entirely asynchronous approach to teaching.  Real-time teaching episodes still seem to be part of the plan. But, if the move online is as effective for students as promised – not just lucrative – then there needs to be some serious reflection and review of the current norm before calling it the ‘new norm’.