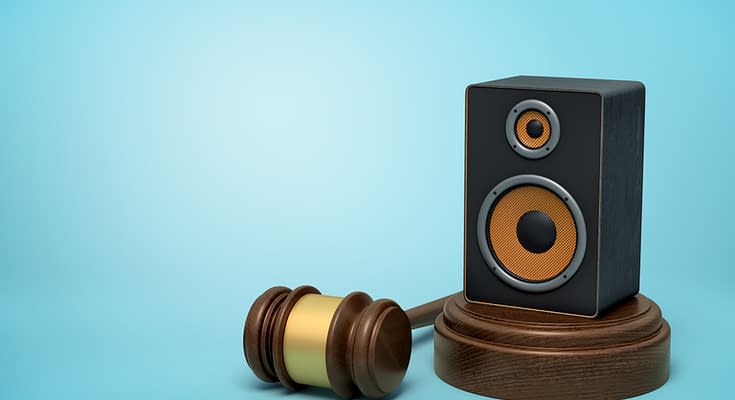 At the start of semester, one of my favourite jobs is to pick a playlist for the course I’m teaching. Yes, you read that correctly.  A playlist.  Sometimes it’s mostly Motown.  Sometimes it’s 90s pop and RnB.  Last time it was EDM. While they sometimes get a gentle ribbing from my students, the fact there is a theme tune to each lecture has been pretty memorable. Why do I do it? Precisely because it is memorable. It’s a mnemonic. It’s an aid to recall. And for some students, it might even be an aid to deeper learning.  So why not use music in law school?

Have you ever found yourself listening to a piece of music and remembering the last time you heard it?  Or maybe a Facebook post of a music video you haven’t seen in years distracted you?  Music has often been recognised as having a link to memory.

For psychologists, the idea that music is ‘heteronomous’, having something ‘non-tonal’, is an area of complex study. Especially the link between music and emotion. For young adults, music and emotion have an even stronger relationship. Research suggests that college and university students, in particular, associate music with significant events in their lives. Usually positive ones.

Advertisers have used music to trigger memory again and again.  For a long time, there was limited proof of its effectiveness. But by the mid-1990s, research in advertising found that music – advertising jingles – did help with brand recall. The results weren’t entirely clear cut. Researchers warned that some people remembered better than others.  Jingles didn’t help explain details about a product. And music worked better with ‘aided’ recall, that is, with another cue. But it did have a mnemonic effect to trigger brand names.

About a decade before, in the education space, Howard Gardner had become increasingly frustrated.  He took issue with a narrow approach to how learners construct knowledge. Gardner was convinced that how we understand our world wasn’t just linked to symbols or language.  There were, he argued, multiple ways of gathering and processing information. Why were children who might be academically weak, incredibly talented dancers, artists or musicians?

Gardner’s theory of ‘multiple intelligences’ – the idea that there are different ways of processing and remembering information – has gone on to influence other researchers.  The most popular being Daniel Goleman’s theory of ’emotional intelligence’. Goleman drew heavily on Gardner’s work, especially intra-personal intelligence.

Gardner identified ‘musical intelligence’ as one of the seven ways of processing information. Learners with ‘musical intelligence’ could appreciate and reproduce rhythm, tone and pitch. They processed information with and through music.  Gardner’s theory, although widely cited, doesn’t have a lot of empirical evidence. And there isn’t really any right way to diagnostically test for some types of intelligence. But it does suggest that music can do more than merely sell a product.

More recently, the link between music, learning and memory has attracted the attention of neuroscientists.

In 2007, researchers at Standford using MRI scans found that music – especially transitions between movements –  triggered the same parts of the brain associated with attention. They suggested that music might play a role in developing our capacity to anticipate events and predict patterns. It might also start to explain how we can concentrate on one thing in a noisy setting.

As well as improving attention, neuroscientists have revisited the link between memory and music that had fascinated advertisers.  They have found that music can also provide more efficient ways of recalling information, based around rhythm, rhyme and alliteration.

We need to take some care with what types of memories might be helped. But there is a body of empirical and scientific research supporting a link between music, brain function and memory.  There is empirical evidence that comprehension certainly would appear to be improved by background music. In some exciting neurological research, music can also improve concentration and clarity in sounds and, consequently, language.

I was a little sceptical when I first came across the idea of using music in law school. It wasn’t something that my law teachers had done. But, at the same time, I am keen to try different approaches to support student performance. And, really, there was no risk, no cost and potentially some reward. Why not try it?

Students reacted positively.  And I admit I was surprised. Some of it was the novelty – they hadn’t been to another lecture where there was a musical introduction. But some students started to draw actively draw on the musical ‘hook’ for a week’s content as a way of reminding themselves and other students about that content: ‘We did that in the week when we had Superfreak, remember?’

There were also some other changes.  I started to notice that interactions between students before lectures, while the music was playing, happened more frequently.  I had got used to the hushed tones that tended to greet me as I walked into a lecture theatre. But arriving a little early to play the ‘hook’ for the week seemed to encourage students to talk to one another naturally.  And even to ask questions of one another.

Encouraged by my experience of music in law school, I started to think a little more strategically about my song choice and use some of the themes as an anchor in lectures. So, in my lecture on the role of lawyers in the community, I talked about the ideas of the ‘ordinary person as hero’ in ‘My Hero’ by the Foo Fighters. I used it as a way to introduce a discussion about how we don’t need to be Atticus Finch to make a difference. I used ‘All Star’ by Smashmouth as a lead in to talking about the dangers of focusing entirely on external rewards in practice.

Just as importantly, no student said that their learning had been negatively affected by the musical introduction.

‘Dance to the music’

So music can provide a mnemonic device for students, whether that’s for broad concepts or individual details. For some, it might actually be closer to the way they process information, rather than reading or listening.

So why not use more music in law school?

If you have been paying attention, all of my subheadings are lyrics and links. Perhaps you could try your own mnemonic self-experiment and let me know how it goes? 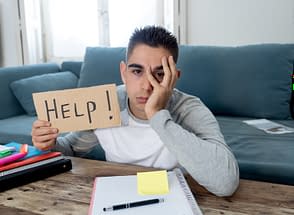 Students’ wellbeing and giving a PHUC

Should I get a paralegal job?