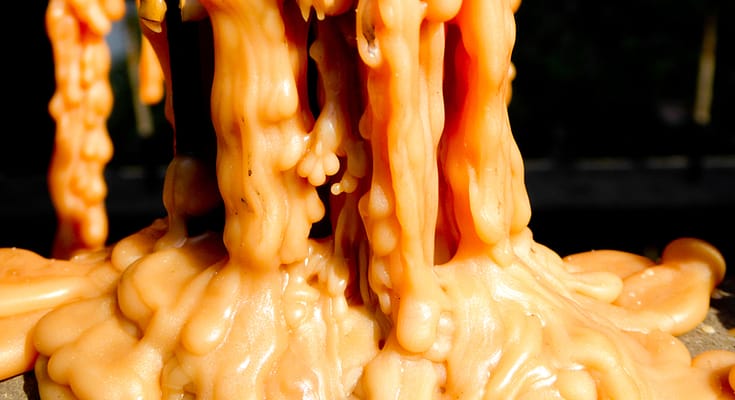 This is the second in a series of posts on theories of learning and teaching – specifically the concepts of formal or explicit curricula and informal, implicit or ‘hidden’ curriculum. In this post, we look at another early theory of learning and ask whether John Locke has been unfairly pilloried.

In an earlier post, I set the scene and provided an overview of traditional theories of learning.

Like Aristotle’s tabula rasa, another object of derision for contemporary theories of education is John Locke and the allegation that he casts learners as ‘blank slates’, even though Locke never used that phrase to describe children, or learners, or anyone at all.

As one of Locke’s modern defenders puts it, passionately:

Tweets leave no room for footnotes, and hardly anyone feels obliged to go back and look at who proposed the idea of the empty vessel and why on earth they might have thought that it made sense. Instead, the idea is ripped out of context, passed on in a game of digital Chinese whispers, and vilified in a manner that speaks not of radicalism but of thoughtlessness.

That context, from which the concept is ripped, is a much more complex theory of understanding, education and political philosophy.

Admittedly, Locke does use the analogy of the mind being like ‘white paper void of all characters’ and later ‘as wax to be moulded’ as a starting point for an explanation of how we gather knowledge. But he does so as a foundation for rejecting ideas about what he refers to as ‘innate’ knowledge – the idea that we are all born with some type of basic factory setting of beliefs or knowledge. Here, Locke differs from Aristotle, with whom he is sometimes lumped, including erroneously attributing authorship of Aristotle’s ‘tabula rasa’ to Locke.

Aristotle’s slightly unsettling idea of a universal and unattached soul that roams the cosmos and forms part of the intellect at birth is explicitly rejected by Locke. However, Locke’s approach to the acquisition of knowledge was very similar to Aristotle. For Locke, the foundation of knowledge was experience – we come to know things as a result of our experience with them. But that does not mean that we can only ever learn things through our own senses of sight, sound or taste. Other ideas or concepts we come to know as a result of taking our personal experience and reflecting on it.

As a means of demonstrating the construction of knowledge from sense and reflection, and the role of maturity in reflection, Locke uses the example of children from birth. Locke argues, based largely on his observations, that a new-born demonstrates very little knowledge beyond their immediate senses. However, as the child grows and accumulates more experience including experience with language, they are able to take experiences, reflect on them, and construct ideas.

What Locke appears to be describing is the same transactional process between the learner and external influences that both Aristotle describes as the ‘active intellect’ and what progressive education comes to call constructivist learning. So, rather than Locke being an advocate for learning being the process of the educator entering their own ideas on the blank slate, or using them to fill the blank page, he becomes another touchstone in the development of a theory of learning as an exchange.

Locke’s Essay on Human Understanding goes on to explore in detail how children and adults begin to construct ideas about specific areas of human activity, and about the source of law (divine, civil and reputation), but very little on the purpose or role of education. However, Locke writes specifically on education in a series of letters to a friend who was seeking advice on the education of his children.

The letters were collected and published as Some Thoughts Concerning Education. There are some lengthy and detailed passages on clothing, bathing and feeding children – some of which are highly questionable – but the discussion of the role of education builds on Locke’s theory of understanding to explain how parents or tutors might design, support and guide a learner in gaining Locke’s objective of ‘experience’.

Despite being associated with discipline as a means of educating children – although Locke was in favour of a good beating as a tool for instilling obedience in some circumstances – Locke advocated against educating through rote learning of rules, which he thought was ineffective. Instead, he advocated opportunities for practice to build habit:

Nobody is made anything by hearing of rules or laying them up in his memory; practice must settle the habit of doing, without reflecting on the rule; and you may as well hope to make a good painter or musician extempore, by a lecture and instruction in the arts of music and painting, as a coherent thinker or a strict reasoner by a set of rules showing him wherein right reasoning consists.

Locke’s advocacy of practice and habit is focused on the implementation of what we might now call an explicit curriculum: the opportunities for practice, according to Locke, should be directed to those habits that the educator wants the learner to adopt. But Locke also acknowledges the potential influence that others have on the learner through their conduct and the lessons that might be transferred to the learner implicitly or informally.

‘Do nothing before him, which you would not have him imitate’

Locke discusses, at length, the role of ‘company’ on the development of children and young adults. As a starting point, he emphasises the need to instil in children love and ‘awe’ for their parents. While Locke’s concerns here are principally about instilling obedience, there are some early echoes of some more contemporary theories of learning. Albert Bandura, for example, identifies the ‘authority’ that an educator holds in the mind of the learner as being influential on whether the learner adopts or rejects their advice.

As a more explicit warning against demonstrating unwanted behaviours or ideas, Locke warns against exposing children to ‘clownish’ or ‘vicious’ servants who might erode parents’ authority or to peers who might also play an influential role – the influence of peers is also something that Bandura suggests might be influential.

Having set out ‘how great the influence of company is, and how prone we are all … to imitation’, Locke then provides both a very clear example, and a warning, about how imitation can affect the learning process negatively, and the long-lasting effect that the influential conduct of an educator, however accidental or inadvertent, can have:

That he that will have his son have respect for him and his orders, must himself have great respect for his son… You must do nothing before him, which you would not have him imitate. If anything ‘scape you, which you would have pass for a fault in him, he will shelter himself under your example, and then how you will be able to … correct it in the right way, I do not easily see.

It is important to remember that Locke was not a psychologist or an experienced empirical researcher. He was, largely, a passionate amateur. Nevertheless, his writing on knowledge and education had a profound influence. Some Thoughts ran to six editions and it was translated into French, German, Italian and Swedish and are argued to have influenced successors like Rousseau and Dewey. His theories have also seen some repatriation in contemporary pedagogical discussions, particularly in his emphasis on adopting an approach to instruction focused on the learner.

However, if we step back from the ‘digital Chinese whispers’ or shorthand references to his writing, there are some important threads that are continued, and that begin to emerge, in the development of learning theory. First, the learner is central to the process, rather than the information that is being transferred. This is a thread that we will see later is built on or is echoed, in contemporary pedagogy. Secondly, like Aristotle, Locke’s approach to instruction assumes that the process of learning is not one-way, but is instead transactional. The learner is actively involved in constructing their understanding. Lastly, the learning process is both explicit and implicit – learners gather knowledge based on both what is intentionally taught and unintentionally modelled.

4 Comments on “Are law students ‘wax to be moulded’ or active learners?: John Locke goes to law school”