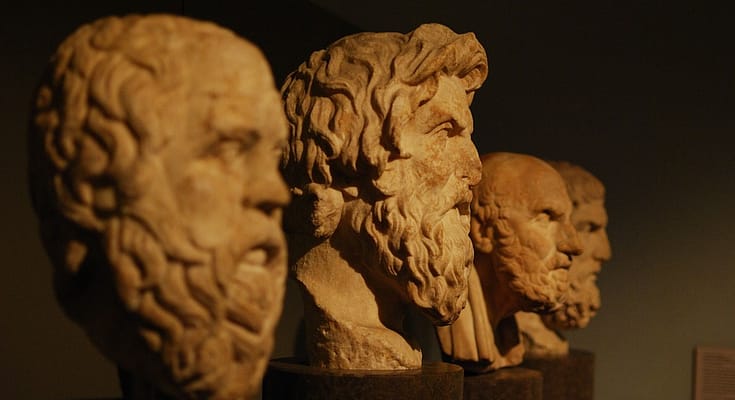 Some – if not all – law teachers have had the experience of standing in a tutorial or seminar room wondering what went wrong.

This is the first of a series of posts on theories of learning and teaching – specifically the concepts of formal or explicit curricula and informal, implicit or ‘hidden’ curricula.  This post sets the scene and provides an overview of traditional theories of learning.

I teach civil litigation to Australian undergraduate law students.  Prompted by my approach to ‘teaching through doing’ (which I talk about in my teaching philosophy) and inspired by David Oppenheimer’s amazing model at Berkley, I use a litigation simulation in which the students take the roles of plaintiff and defendant lawyers.  They navigate the process of civil litigation drafting and serving materials on one another.

(If this model interests you, comment below or email me and let me know and I’ll write more about it.)

One of the amazing things to watch is the divergence in approaches that students adopt to driving the process and formulating solutions.  Some students pursue a cooperative, solution-focused approach while others choose to take every technical point and ‘go for the jugular’.  This divergence happens even though they sat in the same lecture about the courts’ expectations of litigators and statements by the High Court of Australia about the need for efficient, effective and just disposal of litigation.

Traditionally, teaching and learning are thought to be largely ‘visible’.  Law teachers stand in a classroom and transmit knowledge to their students.  An observer in the classroom can hear or see the knowledge that is being transmitted, either through lecture-style explanations or through physical demonstration of the concept or skill that is being taught. 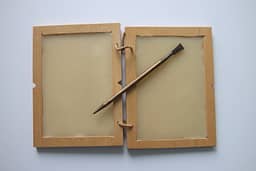 which knowledge is poured, or ‘tabula rasa’ onto which knowledge is imprinted.  Put another way, teaching is often conceptualised as uni-directional and learning as an individualised, passive exercise.  This model of teacher and student is sometimes identified as the starting point for discussions of more progressive theories of education.  John Dewey, for example, outlined this model as the counterpoint and raison d’etre for the development of his pedagogical theories in the early 20th century.  In Experience and Education, Dewey summarised ‘traditional’ education as the transmission of pre-determined bodies of knowledge and experience from teacher to student, as distinct from ‘progressive’ education that sought to engage students’ experience.

In the law school space, we can see how this approach might be the default one.  Law is a pre-determined body of knowledge into which law students are initiated.  The quickest, easiest and cheapest way to do that is to talk at law students and hope that they pick all, or some, of the information up as they go along.  Reviews of Australian law schools in the 1960s through to the 1980s often pointed out (sometimes proudly and sometimes derisively) that law ‘could be taught under a gum tree’ (i.e. with little or no resources) because it was, largely, a process of transmission.

The conceptualisation of the learner and learning as being an individual and individualised process has a long pedigree.  It also has, as a recurrent theme, why or how humans are different to animals.

How early philosophies attempted to describe how we learn wasn’t quite so one-dimensional as contemporary commentary tends to suggest. Traditional models of teaching, in fact, represent a misinterpretation of learning has been understood to be.  It may be more accurate to argue that the concept of learning being an exchange between the learner and the world around them is a persistent part of theories of learning since Aristotle – an exchange on which an informal curriculum is dependent.

There is a persistent foundation in Western thought that learning always happens in company.  However, where the difference lies between traditional and contemporary models is the degree to which the learner is actively engaged in their own learning. Attempting to describe or study differences between humans and animals provides the touchstone for the development of a more complex or comprehensive theory of learning that attempts to encompass ideas about memory and the use of language as a type of shorthand for multi-faceted or culturally specific ideas – something of particular application in professions like law.

The concept of the learner as a tabula rasa – the blank slate – has its origins among the rolling hills and olive groves of ancient Greece.

In De Anima, Aristotle attempted to dissect what he referred to as the ‘soul’ into different roles or functions.  In developing his explanation of knowledge or understanding, he described a process of the mind encountering new objects or ideas that it records and that it can then recall.  The corollary of the mind only being able to think about things that it has seen is that before it records that memory, it is blank and, consequently, tabula rasa. Or as one translation of Aristotle puts it:

What it thinks must be in it just as characters may be said to be on a writing tablet on which as yet nothing actually stands written: this is exactly what happens with the mind.

Aristotle’s observations aren’t about learning per se but have been interpreted to mean that every human mind is blank until it is exposed to different objects.  But the idea of the mind being blank or empty until it is exposed to knowledge and using it as a basis for promoting or critiquing early theories of learning is to take the statement out of context.  The description of the empty mind to which contemporary commentary points – what Aristotle referred to as a passive intellect, passive understanding or receptive understanding  – was only one half of the development of the intellect.  The other half being an active intellect or productive understanding.

other of Aristotle’s works on biology and science is the concept of holymorphism – any thing is composed of its matter (the material from which it is made) and its form (the shape it holds). In De Anima, the separation of matter and form allows Aristotle to go on to explain our ability to recall the form of something without it physically being in front of us – our memory can take the form of the thing being recalled.

One approach to interpreting Aristotle’s passive and active intellects has been to apply the concept of matter and form to them. The passive intellect – the blank slate – is the matter. It exists, as if a blank tablet or hot wax, without a form or shape. When we encounter something new, its form is imprinted on to the tablet or wax by our active engagement with it.  Put another way, the role of the active intellect is to be the agent or means by which the memory of a thing is recorded.

This interpretation is controversial.  It is also at this point Aristotle’s construction of the soul become a little more esoteric and, the reader is warned, ‘[t]here is no passage of ancient philosophy that has provoked such a multitude of interpretations’.  Another interpretation is that the active intellect is, in fact, an embodiment of a divine entity.  In that context, Aristotle describes a process in which the body is simply a vessel for potential life that an active soul enters and animates. Even though these more esoteric ideas of the interaction between the individual and (a) God, and that part of the soul might, therefore, be immortal, have entertained philosophers and theologists well into the Renaissance, they need not worry us here.  What is important though is that the student as a blank state was never the whole story and that the development of the intellect is, according to Aristotle, the interplay between internalised memory and external stimulus.

In the context of understanding learning as an individual pursuit, rather than something that happens as a result of external engagement, the effect of decontextualising Aristotle’s tabula rasa means that some of Aristotle’s ideas about knowledge are in fact consistent with contemporary ideas of learning.  Consequently, the development of those contemporary ideas may have a much longer pedigree than progressive pedagogy might argue.

In the next of this series of posts, we’ll look at the other target of progressives’ ire, John Locke and his empty vessels.